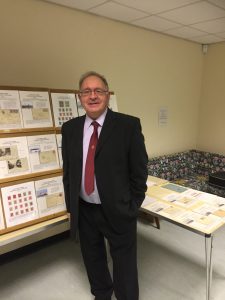 On December 14th, Banbury Stamp Society welcomed Peter Pugh as guest speaker on the topic ‘Hong Kong and the Treaty Ports of China’.

Canton (now Guangzhou) was first used as a base by the East India Company in 1699 with opium from India being traded for China tea, porcelain, gunpowder and even pig bristles.  The Chinese Emperor burnt the opium warehouses down in 1840 in what became the first Opium war.  The war was settled by the treaty on Nanking in 1842 which set up Shanghai, Canton (Guangzhou), Ningpo (Ningbo), Foochow (Fuzhou), and Amoy (Xiamen) as British Treaty Ports. 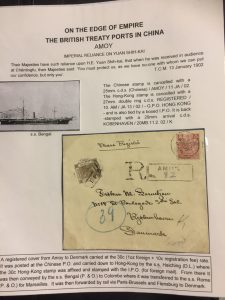 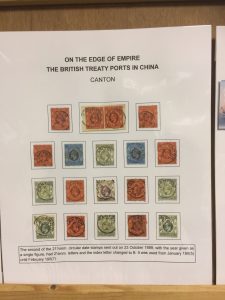 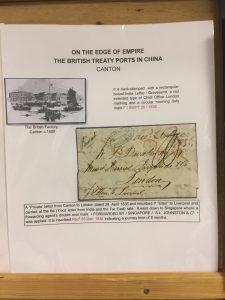 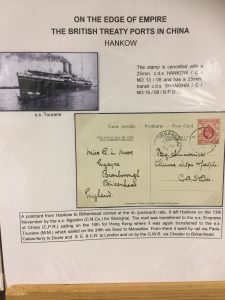 Peter described his collection as one of postmarks and at one level that was quite true.  The treaty ports used the stamps of Hong Kong and the only way that they can be identified as being used in the treaty ports is from the postmarks, of which there were several variants over the period to 1922, when the post offices were closed.  But as well as having excellent examples of the stamps with clear postmarks, Peter also displayed a number of covers which showed the destinations and routes taken.  Many of these were illustrated with pictures of the ships that were used to carry the mail.  Peter described one of the famous Clipper ‘races’ from 1866 where, after a 99 day voyage, the two leading vessels arrived in London less than half-an-hour apart!

The next event will be a New Year Social with members to display recent acquisitions, to be held on Tuesday January 4th 2022 at 7:30pm at the Hanwell Fields Community Centre. The Banbury Stamp Society is on-line at ‘www.banburystampsociety.co.uk’ or contact John Davies on 01295 255831.