On Tuesday March 29th Banbury Stamp Society were entertained by three members:  Gareth Williams started the evening with Newfoundland postal slogans and commercial postage meters.  He finished with stamps showing Queen Elizabeth II from 1932, 1938 and then in 1947 on her 21st birthday. 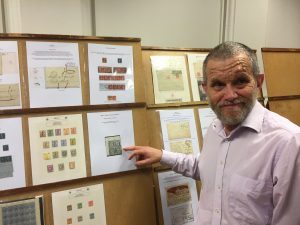 Michael Fernbank followed with Malta, starting with mail from the hospital camps set up during the first world war to tend to soldiers returning from Gallipoli.  Over 26,000 men went through Malta’s 28 hospitals and nearly all had free postage home, the exception being those with a ‘social disease’.  We also saw mail from the second world war, including mail recovered from sea after an air crash, air letters, Maltese censor marks and examples of a 1d label sold for war funds. 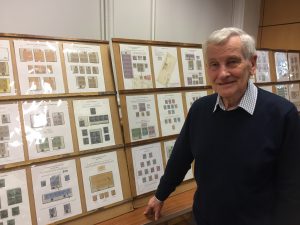 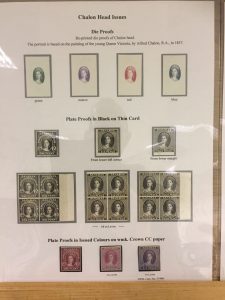 Peter Fernbank closed the evening with the Bahamas.  He started with the 1859 stamp issued by Perkins-Bacon and showing the young Queen Victoria in what is known as the Chalon head.  He went on to explain that Perkins-Bacon lost the contract to de la Rue who were required to take on the existing stamp design even though they had an alternative that they would have preferred.  Eventually the de la Rue design was taken up and used until 1919 as the design allowed for the monarch’s head to be updated.  He finished with two first day covers from 1942, one addressed to the Duchess of Windsor and one to HRH the Duke of Windsor – he was Governor of the Bahamas as Governor during the Second World War. 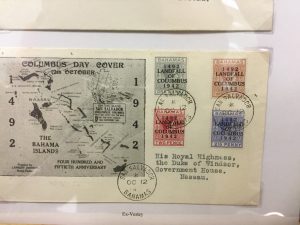 The next event will be a visit from Redditch Philatelic Society to be held on Tuesday April 12th 2022 at 7:30pm at the Hanwell Fields Community Centre. The Banbury Stamp Society is on-line at ‘www.banburystampsociety.co.uk’, or contact John Davies on 01295 255831.